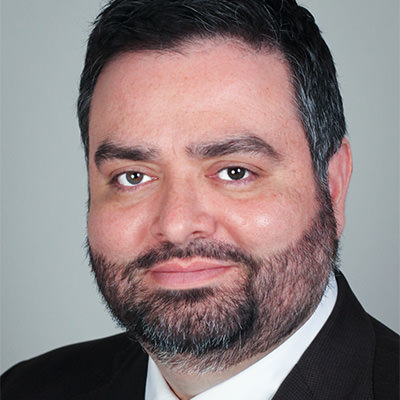 Greg DeSantis is the executive director of the Student Success Center and Academic Initiatives for the Connecticut State Colleges and Universities (CSCU). His primary focus is the implementation of guided pathways across CSCU with the goal of helping students earn credentials more quickly and at a lower cost. As executive director, Greg chairs the CSCU Guided Pathways Task Force. The task force and its working groups comprise more than 300 experts from the CSCU system.

Greg has particular expertise in financial aid, having served in this area of higher education for more than a dozen years. At Housatonic Community College, he was chair of the Curriculum Committee, co-chair of the Shared Governance Task Force, and elected to the Faculty Advisory Committee to the CSCU Board of Regents.

Greg received his Ed.D. in higher education administration at New England College in 2019, with a research focus on state and national policy related to satisfactory academic progress, and received his M.S. in college student personnel from the University of Rhode Island in 2006. In his spare time, he is a member of the Madison town Board of Education.