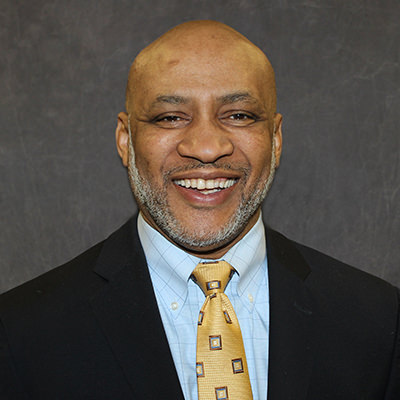 Dr. John Selmon has more than three decades of experience serving in leadership roles at both public and private higher education institutions.

As the provost/executive vice president at Muskegon Community College (MCC) in Michigan, he provides leadership and oversight for academic affairs, athletics, finance, and student services. He is strategically focused and passionate about developing policies, programs, and systems to improve access, completion, and equity in higher education.

Prior to coming to MCC, Dr. Selmon served as the executive dean of student services at Lake Michigan College in Benton Harbor, Michigan, after working in student services at Kennesaw State University in Atlanta, Georgia. He began his career in Michigan at Grand Rapids Junior College prior to joining the Davenport University Educational System, where he held numerous administrative roles during his 18-year tenure leading to his position as the system’s group vice president.