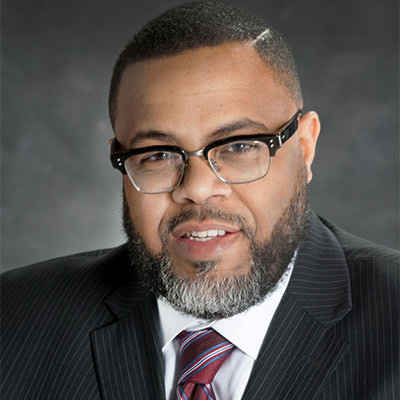 Dr. S. Sean Madison is an accomplished higher educational leader with more than 23 years of proven success in community college leadership. In August 2015, he was appointed president of the Trinity River Campus in the Tarrant County College District in Texas. He also serves as the district champion for the Learning Commons Principle, a key strategy of the district’s Three Goals, Eight Principles strategic plan. Prior to this appointment, he served as president of Broward College’s South Campus. Before his tenure at Broward, he served 17 years in a variety of academic and leadership positions at Miami Dade College. These positions included tenured English faculty, dean for academic and student affairs, and district director of learning outcomes assessment.

Madison earned his B.A. in literature and English from Morehouse College, an M.A. in teaching english from Boston University and an Ed.D. in higher education administration from Florida International University. He is also an alum of the Miami Fellows Initiative and Leadership North Texas. In addition to his work in education, Madison is active in the community and has served on numerous boards throughout his professional career. He now serves on the advisory board of the Young Men’s Leadership Academy, Boys and Girls Club of Tarrant County Board, Leadership ISD Board, March of Dimes Board, and Mary Gourley Scholarship Foundation Board, and is actively engaged in a number of organizations, including Rotary Club of Fort Worth and Alpha Phi Alpha Fraternity, Inc. In 2016, he was the recipient of UNCF’s Excellence in Education Award.