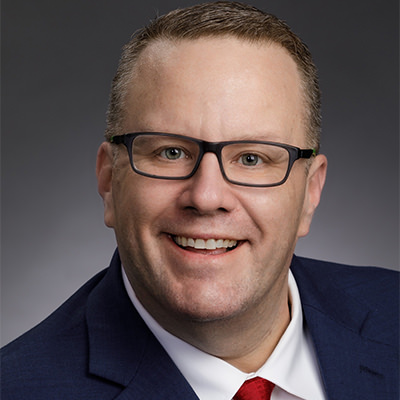 Dr. Scott Stallman’s career in higher education began as a full-time faculty member and department chair at the Stevens Institute of Business and Arts in Saint Louis, Missouri, where he also served as director of the career center. He has held progressively responsible positions at Columbia College Chicago, Moraine Valley Community College, Lincoln Land Community College, and currently Lone Star College in Tomball, Texas, where he serves at the vice president of instruction and chief academic officer.

Dr. Stallman is the recipient of numerous honors and awards, which are indicative of his character and values, including the 2015 Academic Integrity Seminar Grant Award, the 2015 Leadership Award for Research in the Field, the 2014 Chairperson’s Award for Outstanding Contributions, the 2010 League for Innovation nominee for Innovation of the Year, and the 2008 Outstanding New Student Communications Award.

Dr. Stallman received his bachelor of science from the University of Missouri-Columbia in 1995 and a master of education degree in adult and higher education administration in 2006 from the University of Missouri-St. Louis. He earned a Ph.D. in higher education administration from Illinois State University in 2015. He has 14 years of administrative and executive level experience in both academic and student affairs. He has over eight years of teaching experience at the college level—four years full-time, four years as an adjunct—and over eight years leading faculty and/or other instructional personnel.

Dr. Stallman lives in Houston with his wife, Jennifer, and their two dogs, Omar and Weezy. He enjoys swimming, cooking, and travel. He is very interested in higher education research associated with the achievement gap, grit and growth mindset, and cognitive biases that impact decisions. Dr. Stallman’s dissertation research focused on implicit racial bias in student conduct systems.