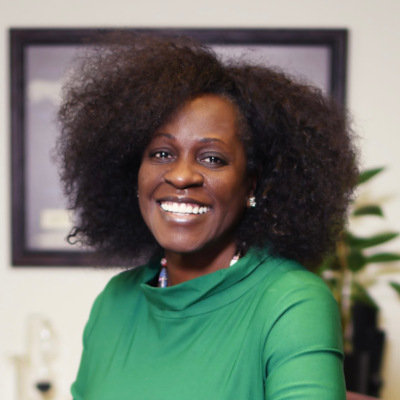 Dr. Claudia V. Schrader took the helm as president of Kingsborough Community College (KCC) of the City University of New York (CUNY) in 2018. She is the college’s seventh president, and the first African American president in the College's 58-year history. Kingsborough Community College is the first CUNY institution to be recognized three times by the Aspen Prize as one of the Top 10 community colleges in the nation. The college secured a $857,000 grant from the NYS New York State Development Initiative for the development of a Maritime Technology Apprenticeship Program, making it the nation's first Department of Labor-approved apprenticeship program for marine mechanics.

She served as provost and senior vice president at Bronx Community College, CUNY; as associate provost at William Paterson University of New Jersey; and as associate provost at Medgar Evers College, CUNY, where she also held faculty rank with tenure. Schrader taught as an adjunct at Teachers College, Columbia University, Bank Street College, and the College of New Rochelle. Her professional service includes serving as a peer evaluator for the Middle States Commission on Higher Education; membership on the American Association of Community College’s (AACC) National Council for Black American Affairs; and a three-year term on the AACC Commission on Diversity, Inclusion and Equity. Schrader serves on the Boards of ITHAKA and the Higher Education Resource Services (HERS).

Schrader earned her undergraduate degree from Rutgers University and her Master of Arts, Master of Education, and Doctorate of Education from Teachers College, Columbia University. Schrader obtained a certificate from the Institute for Educational Management at the Graduate School of Education at Harvard University. She is a life member of Alpha Kappa Alpha Sorority.