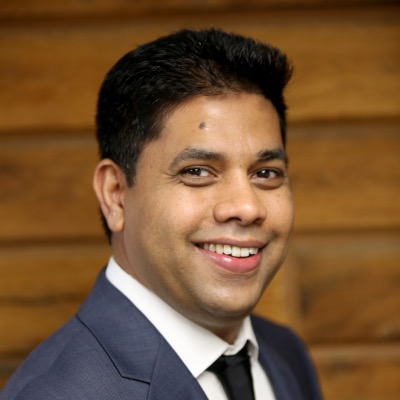 Manoj Patil immigrated to the United States on January 1, 2001, to continue his higher education. After graduating with his master’s degree in May 2002, Patil joined Western Iowa Tech Community College (WITCC) as a full-time chemistry instructor, serving in this role for 15 years. From 2008-2017, during his tenure at WITCC, Patil served on the Iowa Governor’s STEM Advisory Council. He received WITCC’s Outstanding Teacher of the Year award in 2008, Siouxland’s “10 under 40” award in 2014, and a National Institute for Staff and Organizational Development award in 2015.

During his 20 years in higher education, Patil has served in many positions with his main areas of expertise being accreditation, strategic planning, student services and STEM education. He currently serves on the boards of the Siouxland Chamber of Commerce, American Indian Higher Education Consortium, and the Winnebago Tribal Education Advisory Board.

Patil is the principal investigator of a $1.2M National Science Foundation Tribal Colleges and Universities Program STEM grant. In addition, for the past three years he has served as a peer reviewer for the Higher Learning Commission.