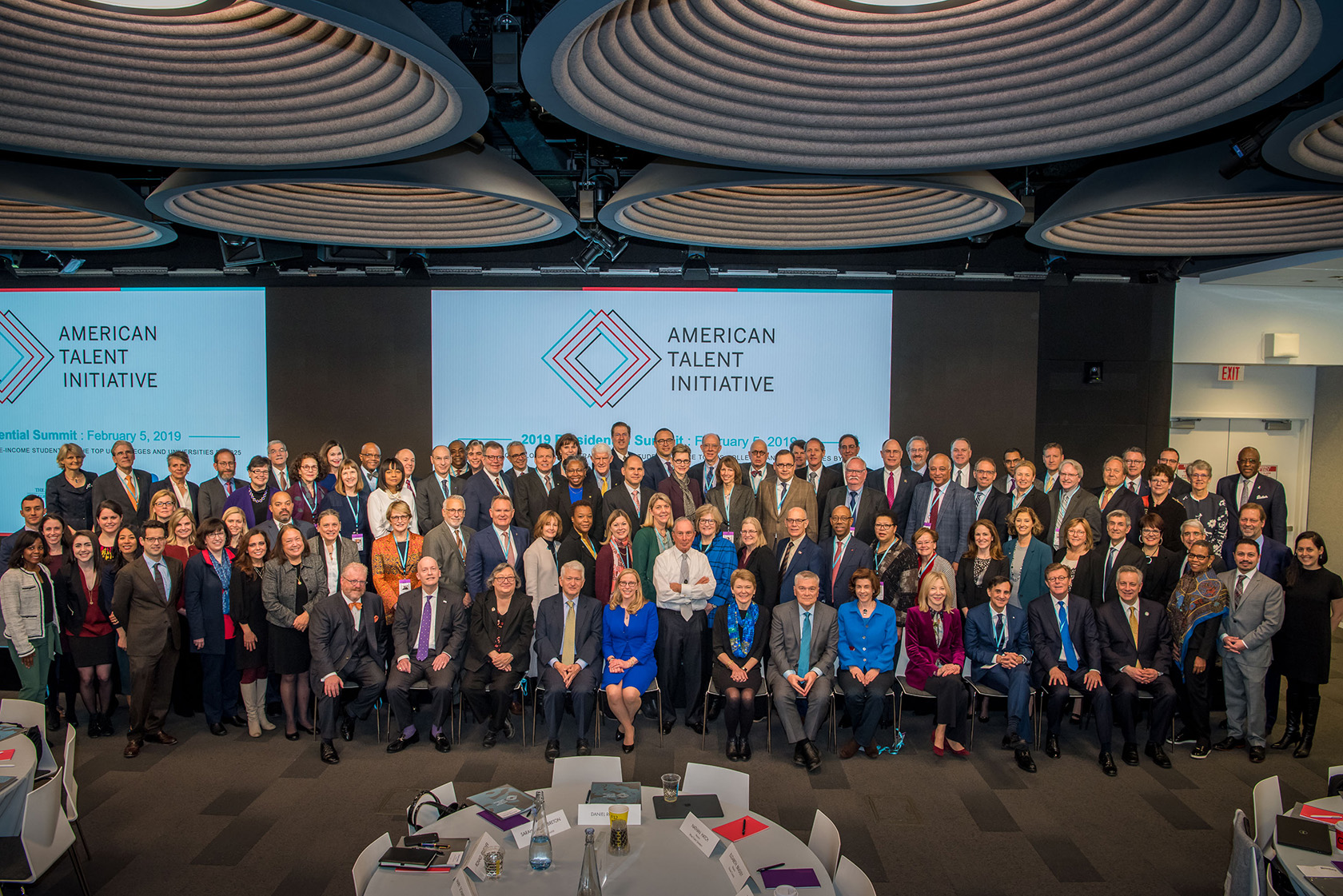 It’s highly unusual for top leaders of nearly 100 colleges to collaborate. At the ATI Presidential Summit, presidents met to discuss challenges and opportunities in expanding access.

Leaders of more than 100 selective colleges and universities met here this week at the offices of billionaire Michael R. Bloomberg to strategize on how to recruit and graduate more students from the lowest rungs of the economic ladder.

The American Talent Initiative, as the group calls itself, is claiming momentum two years after it launched with backing from the former New York mayor and potential presidential candidate. It has 110 members, up from the founding 30, and it counts progress toward a goal of adding 50,000 students of modest means to the rolls of schools nationwide with high graduation rates. The group wants to reach that milestone by 2025.