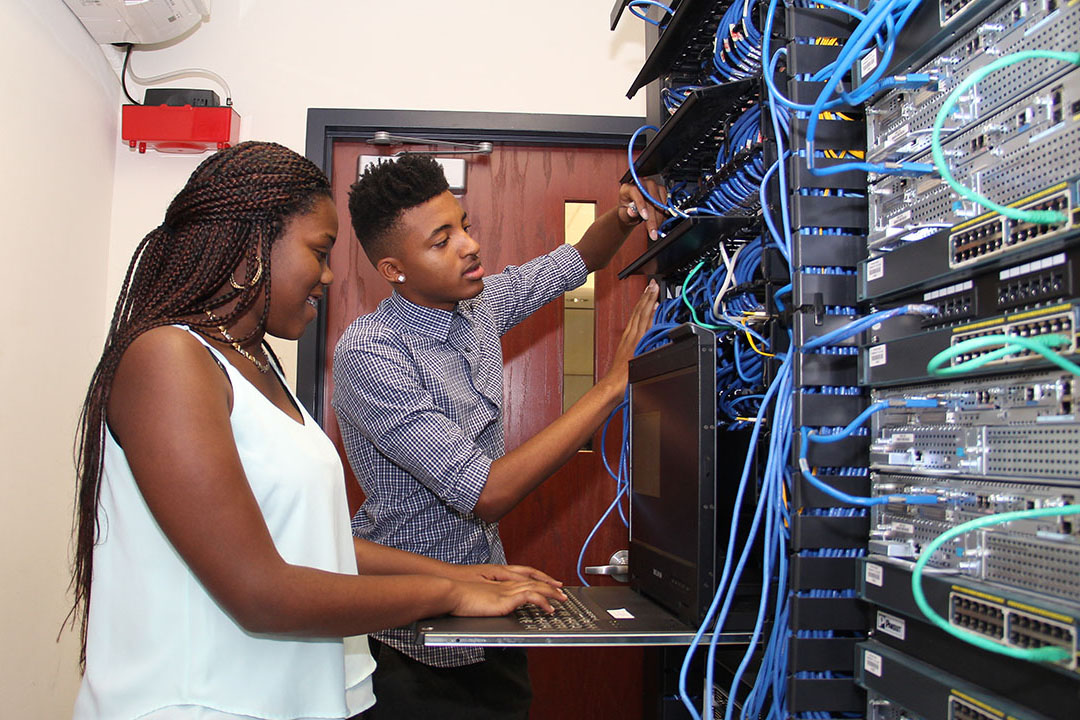 It may seem counterintuitive that Indian River State College has among the strongest transfer outcomes in the nation, given that its semirural location on Florida’s eastern coast is more than 60 miles from a four-year university. More than half of all IRSC students transfer into a bachelor’s program, and more than half of those earn their degree.

IRSC, along with Miami Dade College, won the 2019 Aspen Prize for Community College Excellence, the nation’s signature recognition of high achievement and performance among America’s community colleges. The $1 million Aspen Prize, awarded every two years since 2011, recognizes outstanding institutions selected from an original pool of more than 1,000 community colleges nationwide.

This success is the result of two strategic efforts at IRSC. The first is to provide strong guidance so that students develop academic plans clearly mapping a path to transfer without losing time or credits. The second is IRSC’s bold decision to build 17 of its own bachelor’s degree programs. IRSC leaders recognized the need — very real in this isolated area — to create educational opportunities beyond the two-year degree. The result: Large numbers of students transfer “internally,” including many who may not have otherwise considered pursuing a four-year degree.

One is Sabby, a mother of four who originally aimed to earn an associate’s degree in nursing. As she moved through her health sciences “meta-major” — a bucket of majors grouped together around common core courses — Sabby’s advisor and professors introduced her to other fields that better suited her emerging interests in hospice administration and community health. Her aspirations shifted to a bachelor’s, and it was a smooth transition, since the majority of the prerequisite credits for the associate’s in nursing count toward a four-year degree in health management.

Students’ success in getting into programs of study early, making timely progress, and successfully transferring or moving into the workforce does not happen by accident. The college engineers student success into all of its processes and decisions. The walls and whiteboards of the IRSC cabinet meeting room are filled with color-coded charts and infographics displaying an ever-changing array of critical student outcomes data, from transfer rates to student survey results to momentum to degrees.

IRSC calls its highly structured, deeply pervasive focus on student success “The River Way”: a customer service mindset and general way of life that reminds every college employee of their sense of responsibility for student success. “Our culture is precious to us,” said Christina Hart, vice president of enrollment and student services. “We are very intentional in our service to students and to each other. We are family.”

I wasn’t sure I would be able to go on, but I had an advisor who’s been with me since the beginning.
— Sabby

This service orientation drives not just human relationships, but the building of efficient structures for getting things done. Complex transformational reforms are developed and implemented remarkably quickly through the use of time-bound, task-specific working groups where staff from multiple departments are given clear charges to take action in focused areas — allowing the college to build and scale programs at rapid speed.

Take the school’s efforts to build guided degree pathways with clear program maps, like those that helped Sabby make her way. Less than a year passed from the decision to launch pathways reforms to the establishment of clear course sequences and pathways maps for every program. Simultaneously,
the college redesigned advising so that all advisors have an assigned caseload of students they’re responsible for monitoring, supporting, and retaining. At many institutions, these complex changes take years.

Robust systems ensure that the curriculum and structure of guided pathways continue to align to what students need to be successful in transfer and the workforce. At the close of each semester, faculty and administrators gather to review learning outcomes and reevaluate the effectiveness of program plans based on shifting workforce or transfer requirements. Department chairs summarize program enhancement efforts at semi-annual meetings and annual accountability reviews.

As a result of IRSC’s transformational reforms and commitment to continuous improvement, the school’s three-year graduation is now 39 percent — 14 percentage points above the national average. A big part of that success is a robust system of student supports. For Sabby, these made all the difference between dropping out and staying enrolled. In her time at IRSC, Sabby endured the death of her father and her husband and the loss of her home in a fire.

“I wasn’t sure I would be able to go on,” she said. “But I have an advisor who’s been with me since the beginning. She sat with me, cried with me, and she said … ‘[I]f you stop out, what will you do?’” The advisor and Sabby’s professors connected her to an array of resources: the college’s food pantry, a “Career Closet” to help her replace the professional clothing she’d lost in the re, even emergency aid to pay for a hotel. Now, Sabby is nearing graduation and will enroll at Florida Atlantic University to pursue a master’s degree in health management — with a scholarship that IRSC advisors helped her secure.

The college’s focus on student success extends well beyond graduation. The college deeply engages area employers in program design and delivery in areas where they strongly need talent, from health care to laser technology. Given the region’s reliance on IRSC for developing the future workforce, Edwin Massey, the college’s president, chairs the regional economic development council. These efforts make an impact: Even in the first year out of college, Indian River graduates earn well above the average for area workers.