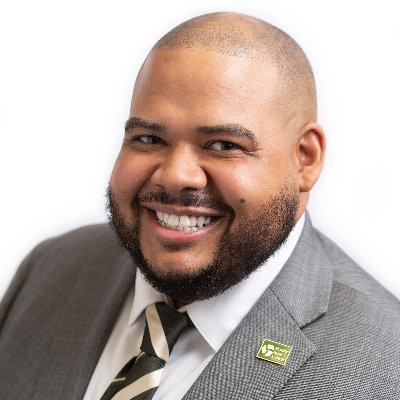 Dr. Michael Anthony serves as the 16th president of Prairie State College in Chicago Heights, IL. Raised in Charlotte, North Carolina, he is a first-generation college graduate. He has 19 years of experience in higher education and, since the start of his career, has been involved nationally within the student affairs profession. Anthony previously served as the vice president of student affairs and enrollment management at Rochester Community and Technical College in Rochester, MN. He was the inaugural chief diversity officer at Oakton Community College in Des Plaines, Illinois, and the inaugural director of the cultural center at the University of Louisville, Kentucky, where he served in the office of the provost.

Anthony has extensive experience as a college administrator and has taught at both two and four-year institutions. He has led hundreds of workshops attended by thousands of students and practitioners and is a published author in the area of African American male success in college, leadership pedagogy, and decision making. Anthony was a fellow with the National Association of Diversity Officers in Higher Education and the Thomas Lakin Institute for Mentored Leadership. He has traveled to the Caribbean and Southeast Asia to teach and lead international service projects.

He sits on the board of directors for both New Star and the Prairie State College Foundation in Chicago Heights, IL.

Anthony holds a doctorate in educational leadership and organizational development and a master’s in higher education administration from the University of Louisville. He also has a bachelor's degree in business management with a concentration in marketing from North Carolina State University.

Anthony lives in Matteson, IL, and is a proud father to his 12-year old daughter Katharine.